2012 Strategy report on the situation in Belarus

Alexander Lukashenko is the master of the “House of Belarus”, he scrupulously represses manifestations of resistance within the country’s social and political structures and circles, and he enjoys the rewards of rejecting closer cooperation with the European Union and its members, which have been forced by the Euro crisis to focus on their own affairs. These rewards come in the form of cheap prices for oil and gas deliveries and loans from Moscow. The economic situation in the country has improved and so the people’s appraisal of Lukashenko has improved too.

New challenges for Lukashenko’s regime are emerging: The implementation of the Russian Federation’s admission to the World Trade Organisation (WTO) in June 2012 – Minsk and Astana are connected by the three-country union with the Russian Federation in the “Eurasian Economic Area” – forces Minsk to accept Moscow’s WTO obligations. Belarusian products are faced by new competition on the Russian market. Moscow’s scope for manipulating the price of oil and gas to benefit political clients like Belarus is disappearing. Minsk has to readdress the unsolved problem of renewing its own industrial production potential. When dealing with this issue, there is no alternative to reaching an understanding with the European Union in order to attain the modernisation needed as a basis for the state’s independence. Whilst the country’s independence is endangered in the long term by Russia’s political approach to Belarus, it is anchored firmly in the European Union’s cooperation with the country. The topic of modernisation is part of the European Union’s dialogue with civil society in Belarus, which is convinced of the necessity of this now urgent process. It could become the central topic of the European Union and its Member States’ cooperation with government, business and civil society, and open up a positive perspective for the country on the international market. There is no shortage of informal contacts with sections of the governmental apparatus in this area.

Confronted with political protest establishing itself on the squares and streets of Moscow and other cities, Putin is, in his new term in office as President of Russia, becoming Lukashenko’s accomplice in the political struggle which turns the resources of autocratic penal and police law against the nationwide manifestations of non-parliamentary opposition.

On 23rd September 2012, parliamentary elections were held in Belarus. The elections, which were described by observers as the most bleak and boring of the Lukashenko era, exposed the deep crisis facing both the regime and the Belarusian opposition. Following the announcement a week before election day that sections of the opposition were withdrawing their candidates and calling for an election boycott, only 313 candidates actually took part in the elections for 110 seats in the House of Representatives, an organ which is largely devoid of influence. Domestic and international election observers have evidence of violations of both Belarusian electoral law and international obligations in all phases of the election process – from the formation of the election commissions through to the vote-counting process on election day. The election turnout, which was officially recorded as being 74.4 percent, was probably, according to election observers’ estimates, around 10 to 15 percent lower. A low election turnout and sociological poll results point to the people losing trust in the government and the illegitimate state elite becoming increasingly isolated from the rest of society.

Whilst struggling with Lukashenko, the European Union had, as of March 2012, brought sanctions against the Belarusian President and 242 members of his state administration, as well as several businessmen close to him (bans on travel, freezing of assets and bank accounts). This is, regardless of the measures’ relevance for politics and the economy of the country as whole, an act of solidarity with those politically persecuted by the regime, who are suffering in prison as victims of the political justice system. Thirteen political prisoners, amongst them opposition leaders and human rights campaigners arrested in December 2010 after the presidential elections, such as the party leader Nikolai Statkevich and the human rights defender Ales Byalyatski, are in work camps or prisons where some are subjected to particularly harsh conditions.

The international community is also anxiously observing the deteriorating situation in the area of human rights. On 5th July 2012, the United Nations Human Rights Council decided to establish a Special Rapporteur for the human rights situation in Belarus. The UN Human Rights Council demands the immediate release of political prisoners, an investigation into allegations of torture and the suspension of all criminal prosecution and of activities of persecution carried out by the administration and the police against citizens of the country simply for acting according to their basic constitutional rights.

The European Union and Belarus

Within the framework of the Eastern Partnership, the European Union has begun, alongside traditional relations with the governments of this region (Armenia, Azerbaijan, Belarus, Georgia, Moldova and Ukraine) to also develop direct relationships with the emerging civil society structures and to incorporate them into the process of political and economic approximation of these countries to the European Union. The model of cooperation with civil society currently practised in these countries – the annual events of the “Civil Society Platforms” of the Eastern Partnership – is insufficient and leads to a dead end, as agreed upon by the participants – notwithstanding the positive summaries which are published following the conferences. Sustainability and productivity of this important process cannot be achieved in this way. The processes of democratic transformation should help the people and the regions to connect the industrial and commercial components of economic modernisation with the corresponding social processes, above all with training and the alignment of existing structures with modern forms of communication and management. The European Union and the Member States’ instruments of cooperation are still underdeveloped and require qualified improvement.

The “colour revolutions” in the post-Soviet societies, and also in the Western Balkans, have showed that the removal of an authoritarian regime does not automatically lead to democratisation in the long-term. Drawing on this experience, the European Union should develop a structured approach to commit long-term to strengthening civil society in Belarus. The situation in Belarus is further complicated by the fact that the regime cannot be a partner of the European Union because of its widespread acts of repression and because of a proven lack of reliability. This is another reason why the European Union should view Belarusian civil society as its primary partner. The European Union’s modernisation dialogue with Belarusian civil society, which started this year, is in line with this development and is the right approach. The Civil Society Forum of the Eastern Partnership has established itself as a valuable instrument for cooperation with civil society. It is in Belarus, whose organisations are particularly active in the Forum, where there has been a strengthening of links within national civil society. Cooperation and exchange of experiences with foreign organisations within the framework of the Eastern Partnership also seem sensible. The Forum can also operate as a competent contact person and adviser for the European Union.

However, the Civil Society Forum is so far lacking an appropriate organisational structure which would guarantee its continued and effective work. A secretariat is currently being set up. Its permanent funding should be secured by the European Union. It should also be considered whether the Forum can be provided with enough funds to be able to finance projects independently. It is debatable whether political bodies can overcome the existing deficits in the coordination and legitimisation within the Forum without interfering in the autonomy of its self-organisation. The Forum must carry out its own measures towards increasing its ability to operate. In order to guarantee the independence of the Forum from the executive administrations of the European Union, the European Union should first and foremost offer support by providing expertise and by making this expertise more easily available.

As well as the modernisation dialogue and the Civil Society Forum, civil society in Belarus also requires further financial support from within civil society. That said, this support should be spread as broadly as possible to prevent monopolies and to limit the unavoidable misdirection of funds caused by supporting fraudulent organisations.

The awarding of funds to support civil society in Belarus should be adapted to the particular conditions of the authoritarian regime and made less bureaucratic. In Belarus, the long and complicated formalities of applications and the demands for detailed bookkeeping for organisations which have to operate illegally are out of touch with reality. Independent support organisations show how funds can be made more easily available. Of secondary importance is the question whether the funds should come from the European Union’s existing instruments or from the “European Endowment for Democracy”, which is currently being established.

The instrument of Human Rights Envoy of the European Union, which has now been created and for which cooperation with civil society in the partner countries in Eastern Europe must also be important, has a role to play along with the development of academic centres and faculties for the study of democratic transformation in Eastern Europe, including at the European Humanities University in Vilnius, but not only there. The creation of Belarusian academies with and by Belarusians living abroad can also play an important part in this long-term process.

Ideas of creating an exile government or reincarnating the political structure the “RADA”, which was founded in exile after 1919, are unlikely to be met with much support because – in spite of the many political conflicts with the government in Minsk and its lack of democratic legitimisation – there is no intention of closing the door completely on the opportunity to cooperate closely with the government. 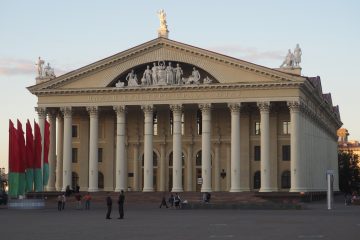 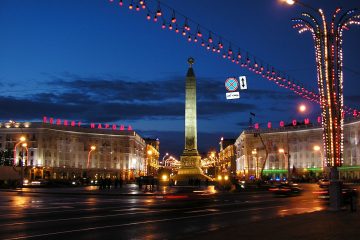 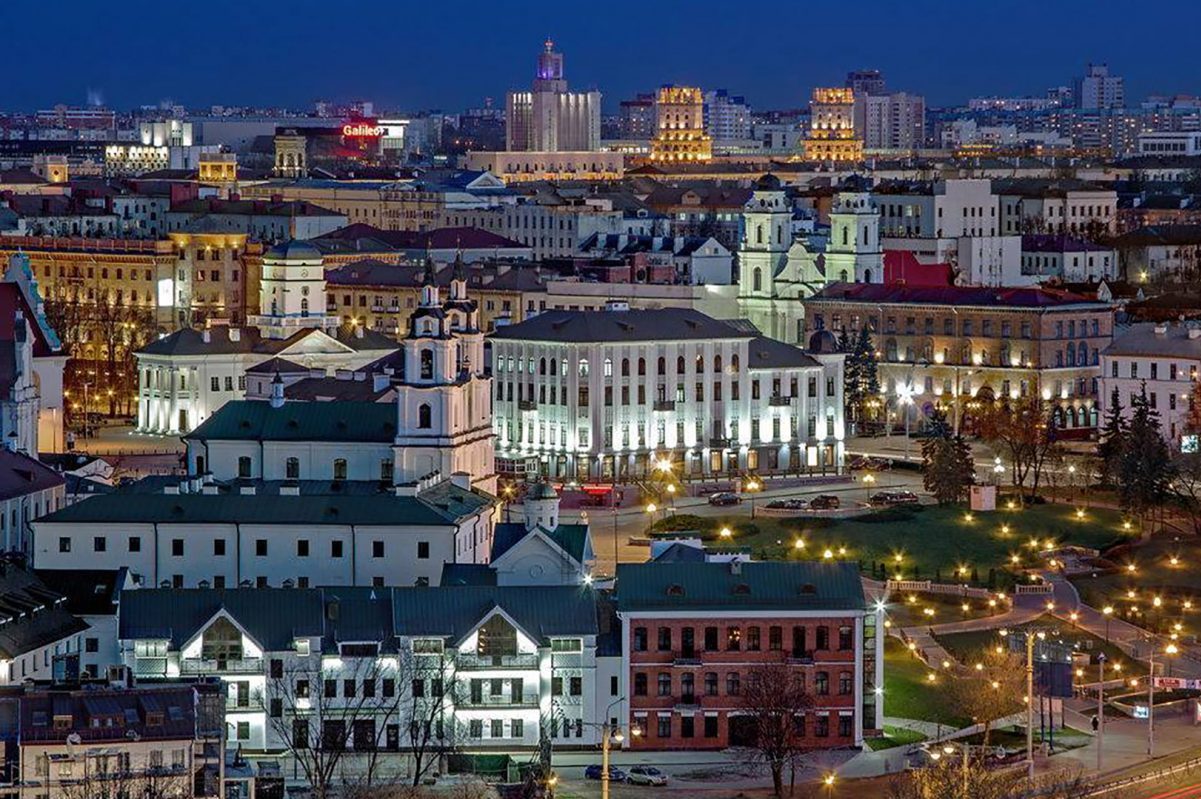